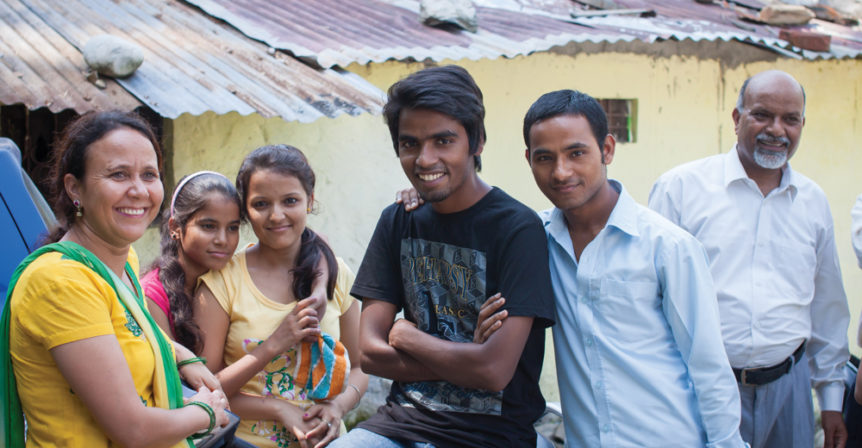 Amarjeet Singh had no peace in his life. His words and actions were full of evil. By his own admission, he was not a good person.

He lives in a little town in northern India where they speak the Garhwali language. Less than one percent of Amarjeet’s people are Christians.

Religion in the region is a mixture of animism and Hinduism, which results in many occultic practices and a strong belief in magic. “It is a remote area,” explains Words of Hope’s Director for Ministry to South Asia. “The majority of people are Hindus, but they practice all kinds of mystic religious traditions. People believe in superstitions, in demonic power . . . they live in darkness in many ways.”

In an area so far removed from the influence of Christianity and so deeply entrenched in spirit worship, it seemed like there was little hope for Amarjeet.

But then something wonderful happened. Because of help from friends like you, Amarjeet received a radio from a pastor in his area, and was told about a Christian radio program that he could listen to.

Through God’s grace and your support, Amarjeet has now found peace. He attends church regularly and has been baptized. He has even shared the radio programs with friends and family, and now many more are coming to Christ.

“I came to know about Jesus by listening to radio,” says Amarjeet. “Now I share the good news with others, and tell them about the radio station as well.”

Amarjeet is living proof of God’s grace and faithfulness. God has multiplied the impact of your gifts and Amarjeet’s testimony, and has brought many to saving faith as a result. “Jesus loves me, and Jesus died for me,” says Amarjeet. “I am living only for the Lord Jesus Christ now. I love him.”