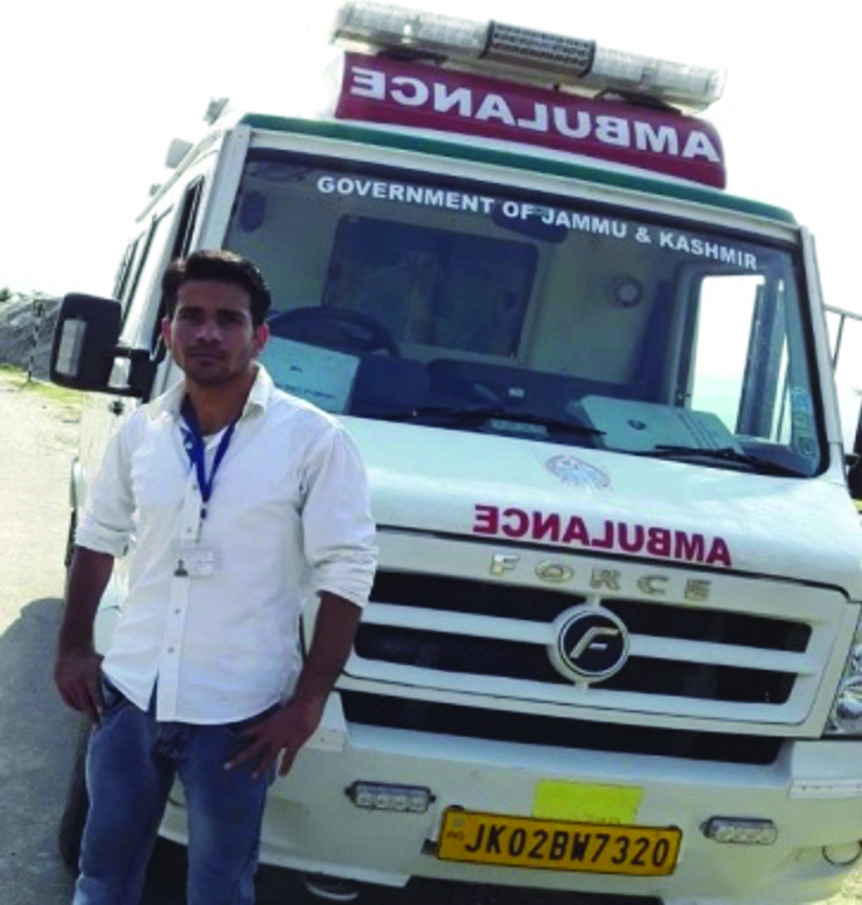 Hari is an ambulance driver in Udhampur, India. Ambulances are always in high demand and short supply in India, but these days Hari receives more calls than ever.

As India’s healthcare system continues to be stretched to the limit due to the spread of COVID-19, Hari must work long and tiring days, putting himself at risk to help the people in his city get the care they need.

Hari and his family became Christians some years ago. He sees his work as an ambulance driver as a way to minister to people, both physically and spiritually. When he transports patients through the busy streets, he takes the opportunity to talk about Jesus with them. He says that over the years many people have learned about his faith and have expressed a desire to know more about Jesus.

As the pandemic began, Hari started to spend more time with each patient. From initially transporting them via stretcher, to ferrying them between hospitals searching for an empty bed, to sometimes waiting hours in the ambulance for his patient to be admitted, Hari needed a plan that would make the time count.

He contacted Words of Hope’s Dogri producer to ask for help. Hari wanted to continuously play Bible messages and songs so that his patients in distress could receive peace and strength from the Word of God while traveling in his ambulance.

Hari received a thumb drive with over 200 gospel messages and Dogri Christian songs on it. Now he plays the programming all day while racing around the city. He says that recently a few passengers have come to faith as they interact with him and listen to the programs.

Please pray with us for Hari’s safety, and that many more patients’ lives will be changed through his brave service and testimony.