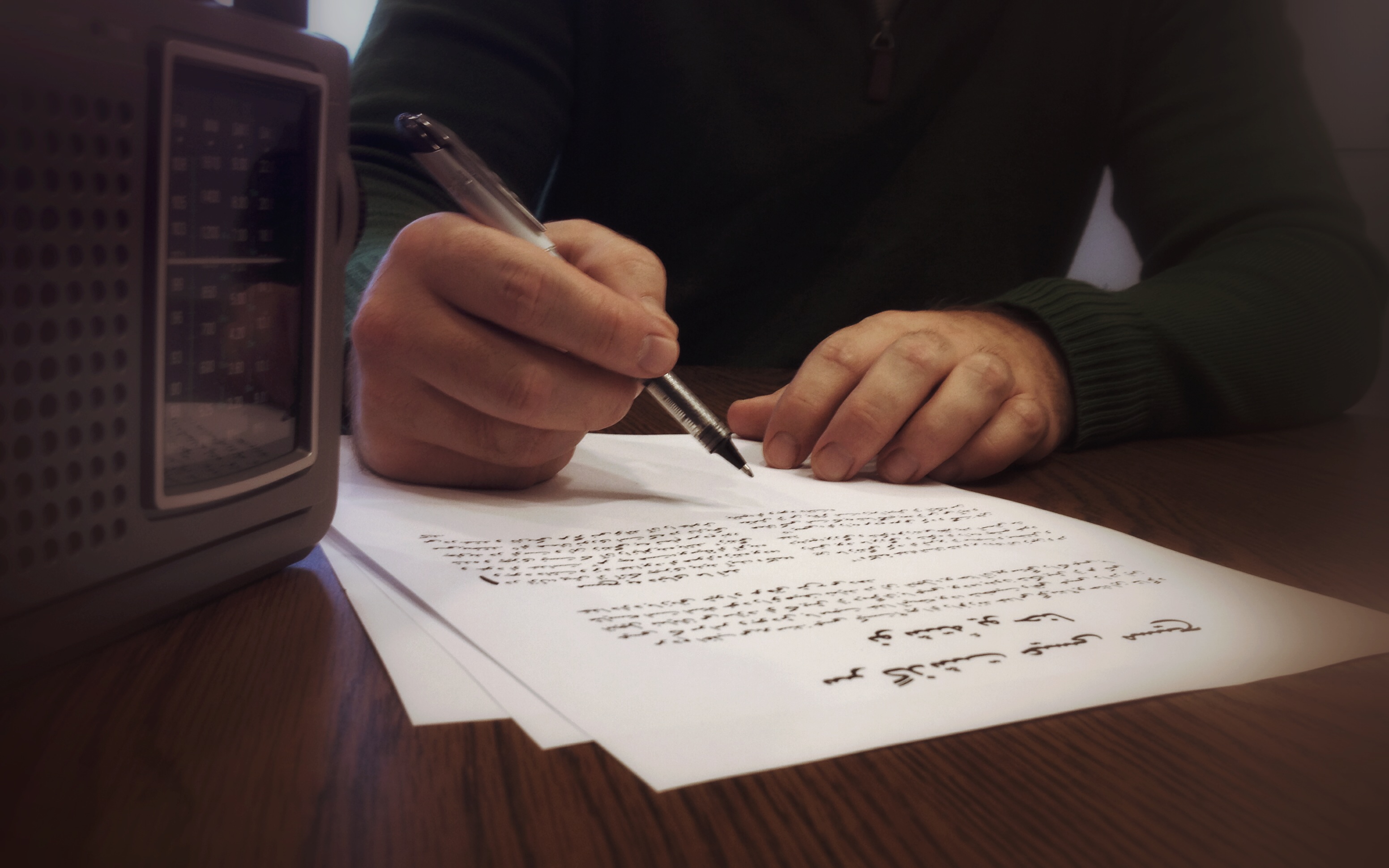 “I had no joy. No comfort. No hope for tomorrow.” This is where Samir’s story (name changed for security) began.

Today he is sitting in the Words of Hope Iranian Conference Center, surrounded by fellow believers, but he tells about a time when he felt very much alone.

Twenty years ago, the satellite dish on his rooftop had been smashed by police. All Internet access was being strictly regulated to ensure that only government-friendly ideals were being communicated. It was (and still is) very hard for anyone to get information or communication from outside the country when they are living in Iran.

So Samir depended on his radio. Radio was one of the easiest ways to access unbiased voices. The government couldn’t stop the radio waves!

A Glimpse of Hope

Turning the dial on his radio slowly, Samir heard voices and clips of songs cutting in and out through the buzz of static. Then he heard a new voice. It was quiet and warm and sensitive. It was the voice of a Christian talking about the Bible. Samir tried to tune in to the channel, but the signal was already lost.

Disappointed, Samir tried for 45 minutes to re-discover the station, but it was gone.

A couple years later, Samir’s mind turned again to questions about Christianity, but not only were his Internet and TV access still limited, he soon realized that there were not even any books available to him that could explain what Christians believed. All he remembered was the voice he had heard on the radio, so he decided to search for it again.

Before long, Samir heard the voice he remembered—this time clearer and louder than before. The station had changed, but the message was the same. He began to listen to every program he could, saying that it was like “water for the thirsty soul.” Samir began to share the things he was learning with his friends and family.

Samir could feel that his faith was growing daily. He confessed his faith to the Lord and accepted Jesus into his heart. “A very big change happened in my life,” he says. “I saw the fruit of the Holy Spirit in my life. Jesus Christ became the example for me to follow.”

He was able to get in touch with the Words of Hope’s radio producer responsible for the programs and ask for a Bible, but many attempts to get the Bible to Samir proved fruitless. The book was intercepted every time.

So Samir began to handwrite the radio programs he listened to. Program by program, he formed his transcripts into a book. In this way he could start to piece together his own Bible as well. Whenever he heard a passage read on the radio, he added it into his manuscript, and made copies to distribute to others.

Samir’s personal writing and sharing of the Scriptures continued for 18 years before he was able to travel to a Words of Hope conference outside the country. This was the first time that he met the man behind the voice on the radio who had been his teacher for so many years.

At the conference he was finally able to connect with other Christians for fellowship and be equipped with the full text of the Bible as well as other Christian discipleship materials.

Samir is now leading two house churches inside the country of Iran, and his whole family has come to believe in Christ as well.

“I praise God that after so many years I am growing in the Lord,” says Samir. “In this spiritual journey I will walk. I will work hard. I praise God who uses radio to share the gospel.”

We are so thankful for Samir’s testimony of faith, and for the prayers and donations from supporters like you who have made it possible for us to keep reaching Iranians with the gospel for so many years.