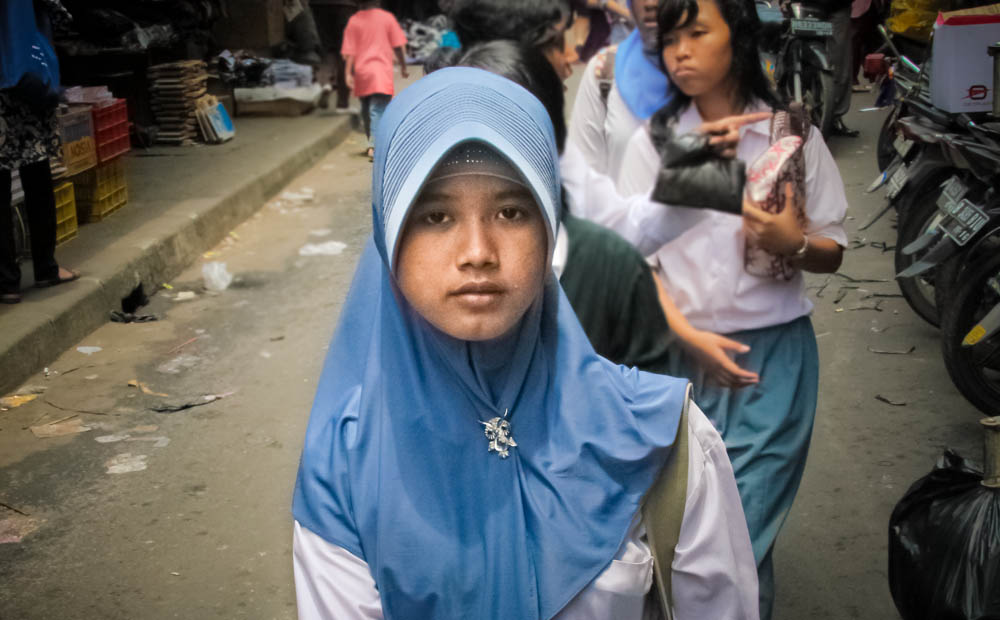 Rachel* had plenty to worry about. A young college student living in South-East Sulawesi, Indonesia, she had just discovered that her father was seriously sick.

At the time, she and her father were the only ones home, so Rachel needed to figure out what to do on her own. With only $5 in her pocket, Rachel took her father to the nearest hospital. She didn’t know what else to do. He needed immediate medical attention, but how would they ever afford to pay for it?

Rachel’s father insisted on bringing his small radio with him to the hospital, because he liked to listen to Words of Hope programs every day. Rachel herself is a radio announcer at a secular radio station. She had never even listened to a Christian radio program before. But as the long hours in the hospital dragged by, she listened to the Words of Hope programs her father insisted on playing. Words of Hope produces gospel radio programs in partnership with Back to God Ministries International in many different Indonesian languages.

What Rachel heard on the programs helped to calm her fears. She was encouraged to give her problems over to God and trust for his provision.

Rachel waited for her mother to arrive at the hospital, hoping that she might know of a way to cover the increasing medical bills. When she arrived, however, she had no more ideas than Rachel, so the two sat and prayed together—for healing for their husband and father, and for some way to afford his medical care.

“I believed that God would open the way, as the Christian program was saying on the radio,” says Rachel.

The next day, some friends came to visit them in the hospital. All of them prayed together, then the friends gave them a gift of $150 to help cover the treatments. Overjoyed at the provision, Rachel began to feel much more peaceful.

The next day, Rachel’s father was released from the hospital to go home. As they were leaving, the manager at the hospital suggested that Rachel contact “Jamkesmas,” the Indonesian government health insurance program, and ask for help to cover her father’s hospital stay. Surprised, Rachel took the manager’s advice and contacted “Jamkesmas.” She was given a letter for the hospital that cleared her family from owing any money for the treatment. Now they still have the $150 from their friends to cover her father’s next routine treatment.

“Praise the Lord; it’s really a miracle,” says Rachel. Her family is so thankful for her father’s restoration to health, and thankful for God’s provision in the midst of the trial. Her experience in the hospital has shown her the importance of Christian radio programming as well. “Since that time, I realized that Christian radio programs are very meaningful for people who are listening,” she says.

When you support Words of Hope programming through prayer and gifts, you provide this kind of comfort and witness to people going through hard times. Please join us in praying that Rachel’s father would stay well, and that Rachel’s faith would continue to be strengthened through the messages she hears on the radio.