One Bari-Kuku man turns his struggles into song.

Words of Hope gives me courage and guidance. Because of this, I’ve convinced many people to tune into the program. I cannot leave this radio program, and I cannot leave God’s service. I am committed to serve God until the end.Joshua Abure

Read Joshua’s story in the Wavelength 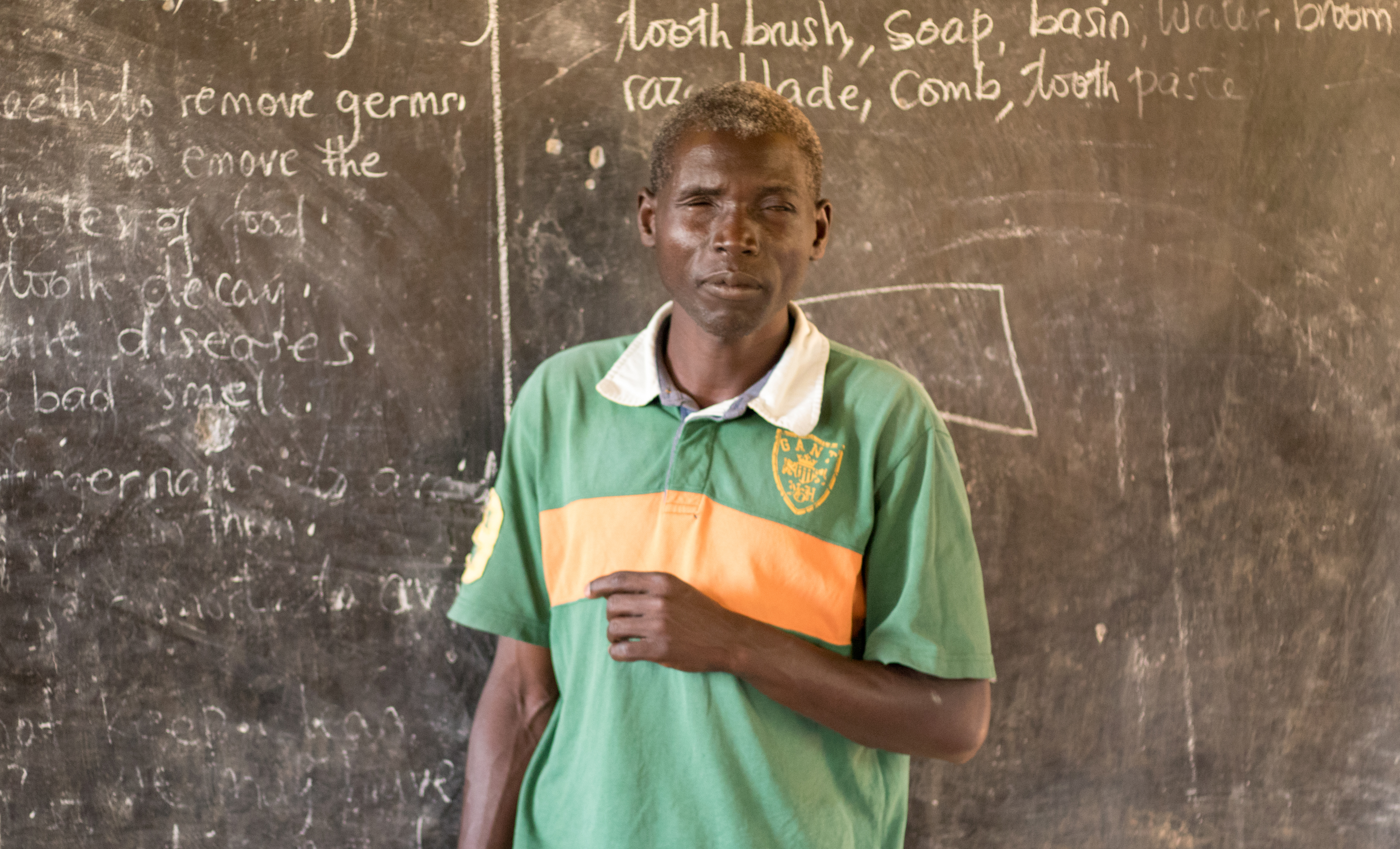 Joshua Abure has never let his blindness hold him back. He demonstrated a strong faith even as a child. While his fellow classmates ran and played in the yard, Joshua would round them up and preach to them. Though he has suffered through pain, surgeries, and months of bedrest over the years, Joshua remains a man of great ambition, talent, and love for the Lord.

Joshua is a Sunday school teacher and a choir leader in his village church. He travels from church to church leading children’s programs and singing and playing the harp. He is also working to create an album of original songs, touring the area to perform and raise money to cover production costs. “He has a zeal to serve, and the children love him,” says Rev. Titus Baraka, director of Words of Hope Uganda.

Many years ago, Joshua made a connection with Words of Hope’s Bari-Kuku producer, Emmanuel, which has lasted until today. He is a regular listener of the program, and has even recording his music live on the air. At a recent Words of Hope listeners conference for Bari speakers, Joshua rededicated his life to Christ.

The adungu is a nine-stringed arched bow harp from northwestern Uganda. The instrument has an arched neck, a wooden sound box, and a series of parallel strings attached and tuned with pegs. The first, second, and third strings are tuned in octaves with sixth, seventh, and eighth.

When Joshua was first learning how to play, he began with just four strings, then advancing to five, and ultimately to nine. “Each finger plays three strings at once, and it produces the rhythm that follows me voice,” says Joshua. “It has become my favorite hobby.”