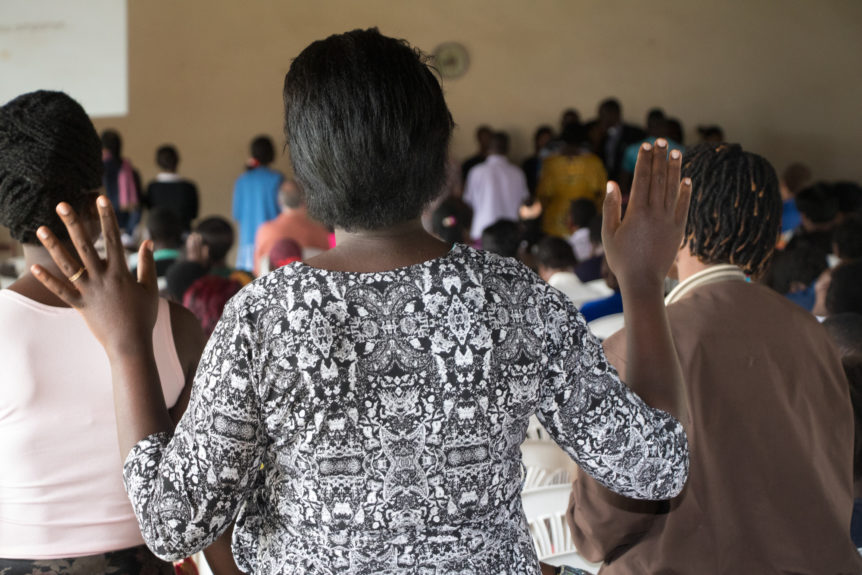 SOUTH SUDAN—Intercede for new efforts that might result in a permanent ceasefire and lasting peace. Critical peace talks were held last month as warring sides were pushed back to the negotiating table. “Since the birth of South Sudan as a nation, over 50,000 people have been killed, more than 1.9 million people have been internally displaced and 1.8 million people have fled the country.” The Dinkas and the Nuers are the two largest majority populations in the country. Words of Hope has timely broadcasts in both the Dinka and Nuer languages. Fervent prayers are needed. “The current situation in South Sudan is tragic beyond words.”

KASHMIR—Praise God that the number of threats from local anti-Christian fanatics decreased in the past year, although a few personal death threats against producers and their families did persist. Give thanks that the team was able to enhance production of dialogue, interview, and drama programs. More believers are beginning to gather regularly for fellowship, and interest in the SD card program distribution is growing. Uphold all those involved in this strategic outreach to a very difficult region.

NIGER—Uphold in prayer ongoing efforts by denominational partner, the Evangelical Church of the Republic of Niger [EERN] to plant a new congregation in the city of Agadez, an ancient caravan crossroads. This will be one of the most challenging plants in the EERN’s five-year effort to establish congregations in 50 of Niger’s 75 largest cities and towns. Former studio director and EERN past-president Sani Nomaou has relocated to Agadez to plant the new church. He will also air live broadcasts in Hausa and French from two of Agadez’s four local FM ratio stations.

BHUTAN—Give thanks that during the past year, leaders were able to see “God working more in the lives of people through one-to-one or friendship evangelism.” Pray that in the coming year, cell groups might be established and relationships with other Drukpa church leaders be strengthened.

IRAN—Continue to pray for all the Christians imprisoned for following Jesus. Pray that the Words of Hope Persian programs might connect with listeners in the country and with those who have already fled and are living elsewhere. Uphold in prayer the Persian language teams and all those involved in program production and follow-up.

SOUTH ASIA—Give thanks for the addition of a Communications and Research Officer for Good Books Educational Trust. She comes from a strong background in ministry and journalism. Pray that her gifts will be greatly used and her efforts will enhance the impact of the partnership with Words of Hope and Back to God Ministries International throughout South Asia.

TURKEY—Amidst the Turkish government’s increasingly suspicious view of its Christian minority, Words of Hope Turkish Director Haluk Bilgen has commented: “God is definitely at work here in Turkey. I am increasingly convinced that He has divinely orchestrated for this present government to come into power at such a time as this. I am realizing that the pro-Islamic ideology and the repressive regime are beginning to cause people to re-think their Muslim faith and seek truth. I believe God is working through all this to bring people to Himself in an increasing manner. Please join me in praying that this oppression continues so that people will seek the Lord and that the Lord Jesus Christ will be glorified through media and through the local church.” May it be so!

INDIA—“Although having contributed much to education, social welfare, and health, Christians are still hated and have continued to be an easy target. In the past year, the persecution and hatred for Christians in India has become ugly. Ministries are being affected due to this. It has become risky to go out and share the love of Jesus. The distribution and dispatch of the Christian literature could be challenging.” Pray for this situation that ministry efforts will continue to move forward in India for we know that “even in such times of distress God is working mightily.”

NEPAL—Pray for Amit Karthak, who has been studying in the United States for the last year and a half, as he prepares to return to Nepal and his duties at Cross-Way Church. This congregation has planted daughter churches throughout the country and through media and radio, and is able to resource these church plants with Nepali Christian music and theological teaching and training.

SOUTH SUDAN—Continue to pray for the transition in the administrative leadership for efforts in South Sudan, in particular with the Nuer language outreach. As East Africa Director [and based in neighboring Uganda], Titus Baraka’s role will become more actively engaged in supervising all aspects of the Nuer ministry.

TURKEY—Turkish broadcast partner, Shema Media Group shares: “We love getting to be a part of things that are bigger than ourselves. We see God powerfully at work in Turkey, and we are excited and humbled that He would call us to be His voice and representation in this nation. This generation is open, searching for answers, and challenging the status quo. Much of the searching is done online and through media, and we are eager to engage and share with seekers, right where they are at.” Give thanks that Words of Hope President Jon Opgenorth and Director of Development Todd Schuiling were able to meet recently with Soner Tufan, General Manager of Shema Media Group.

TIBET, INDIA—Tibetan partner Gaweylon continues to faithfully “sow the seed,” knowing that God will bring fruit in His time. “Our audience is able to contact us by phone, SMS, email, and letters by post. It is difficult to get a response from Tibet because of the restrictions and conditions there. The Tibetans by nature are not a letter-writing people and many are nomads, shifting from one place to another. The team works hard to maintain contact with people. We are always happy to hear from our audience as each response is precious to us. Pray that God will give us wisdom to see new opportunities.”