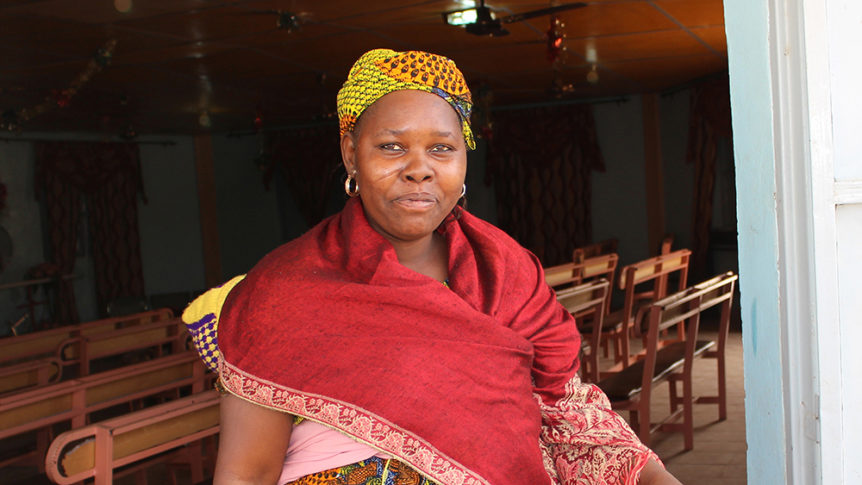 For the past ten years, Words of Hope Niger has been able to proclaim the good news through your prayers and support. In this strongly Muslim country, we broadcast in French, the national language of education, and Hausa, the more commonly spoken native tongue.

Now, because of an exciting new partnership, your support will allow us to reach even more people who are waiting to learn about Jesus Christ! Back to God Ministries International has now joined with Words of Hope and the Evangelical Church of Niger (EERN) to enhance our French ministry throughout the country.

The other exciting aspect of the new ministry partnerships happening in Niger is that Words of Hope will now have the flexibility to start new language efforts in the country that will foster church plants. In addition to reaching further with French and Hausa, your support will now help us produce programs in the languages of Zarma, Fulfulde, and Gourmantche.

The Zarma language is second only to Hausa as the most commonly spoken tribal language in Niger. The Zarma people are typically farmers. They carefully tend crops of millet, nuts, and mangoes. Houses in the region are usually constructed of mud walls with straw thatched roofs. The majority of Zarma people are Muslim, though in reality their religion is often a mixture of Islam and traditional animism. Cults, spirit possession, and demon worship are all familiar parts of local religious practices.

Fulfulde is a tribal language spoken by the Fulani people. Many Fulani are nomadic and travel in search of water for their herds throughout the year. The Fulani are also primarily Muslim, and adhere to such religious tenets as prayer, recitation of the Quran, and the giving of alms. The Fulani additionally follow the traditional code of “Pulaaku,” with emphasis on modesty, patience, and common sense. Nomadic Fulani carry radios with them from camp to camp, which makes for a unique opportunity to reach out to them through Christian broadcasting.

The Gourmantche people of Niger are a relatively small tribe and language group. While Christianity is spreading among them, literacy rates remain extremely low, meaning that resources like Christian radio broadcasting are especially important to help share the good news with them. The Gourmantche retain many traditional beliefs such as worshipping the sun and presenting sacrifices to spirits. These beliefs are often mingled with a general belief in and knowledge of Islam.

Your support of Words of Hope Niger will help to reach these new people groups, as well as French and Hausa speakers, with the saving knowledge of Jesus Christ. Thank you for your commitment to our brothers and sisters in Niger. We couldn’t reach them without you!