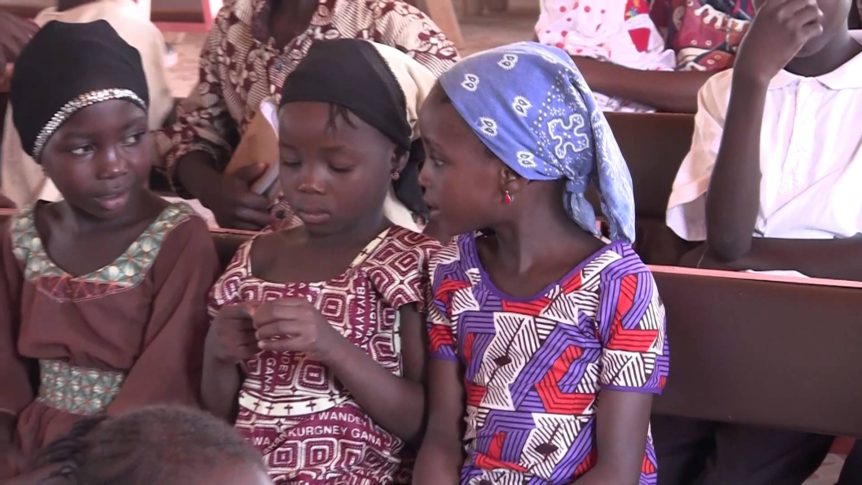 The Evangelical Church of Niger (EERN) has a goal to plant 52 new churches inside the country. In a place like Niger where the population is 97% Muslim and less than 1% Christian, this is no small feat, and Words of Hope is coming alongside the EERN to assist them in their efforts. Before a church is planted in a certain region, radio broadcasts are begun in the heart language of the local people in order to introduce the gospel message in a non-threatening manner.

One of the newly planted churches recently had the joy of celebrating nine new baptisms. Formerly Muslim soldiers who have now converted to Christianity volunteered to guard the pastor on his way to the church to perform the baptisms. The soldiers celebrated at the church upon the pastor’s arrival and carried him into the building, where they had prepared a big ceremony.

General Secretary for the EERN, Issaka Moussa, says that with the support of Words of Hope, the path is being cleared for the installation of the new churches. New producers have been added in order to provide broadcasts in most of the local languages of Niger. People are now calling in to the radio program producers to ask follow-up questions after listening to the programs. “Many are coming to Jesus through this ministry,” says Issaka.

Issaka recently had the opportunity to personally welcome a radio program listener who ventured to church for the first time. An Islamic student, the young man had been listening to the programs for several months. Now he has decided to turn from Islam and put his faith in Christ, though he knows that he may face persecution when he does.

Thank you for remembering our brothers and sisters in Niger. It is a difficult and sometimes dangerous place to be a Christian, but God is winning more and more people to himself there through your gifts and prayers. Please pray with us that every person in Niger gets the opportunity to hear the good news about Jesus in their heart language.